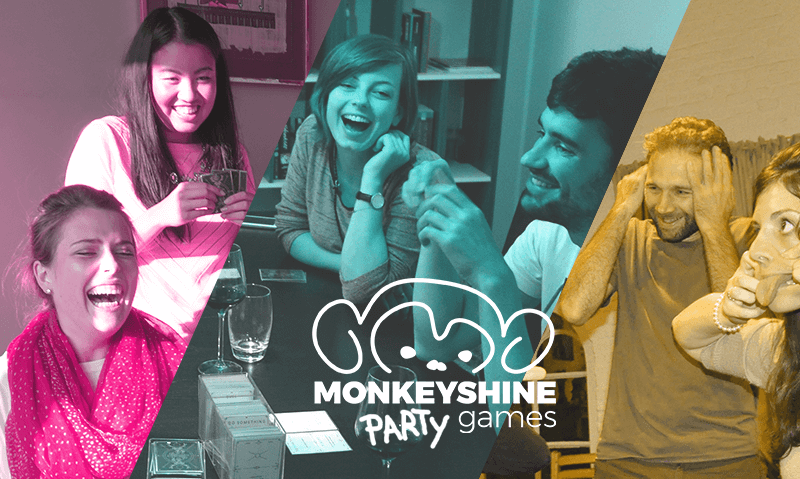 Call us MONKEYSHINE games from now on

We have a new name, one that says ‘mischief’, ‘buffoonery’, and other general shenanigans. Seemed a perfect fit for 2 Belgian boys making mostly party games. We started of as ‘Deer Lord Games‘, named after our firstborn son the party card game that started all of this, but that name no longer cuts it because we have…

New party games in the pipeline

The reason why we are updating our name (and site, and logo, and everything) is because we have new games coming up! We’ll probably crowdfund them through Kickstarter, like we did with Deer Lord.

We super duper sincerely hope that you’ll love our games as much as we do, so test them out, back ’em, and let us know what you think!

>>> We’ll be launching our next game Bilder 1st of July, but you can download a finished prototype right here.

What kind of games can you expect from us?

We like the call them ‘party games’, but in a slightly different way than how Board Game Geek defines it. So what do we at Monkeyshine think a party game should be?

We make the kind of games that can take up the whole night, but also serve as great pregame. Feel free to turn them into a drinking game (though alcohol is definitely not required to play/enjoy them), use them for your bachelorette or stag party, or as a casual game to break the ice.

next game in line