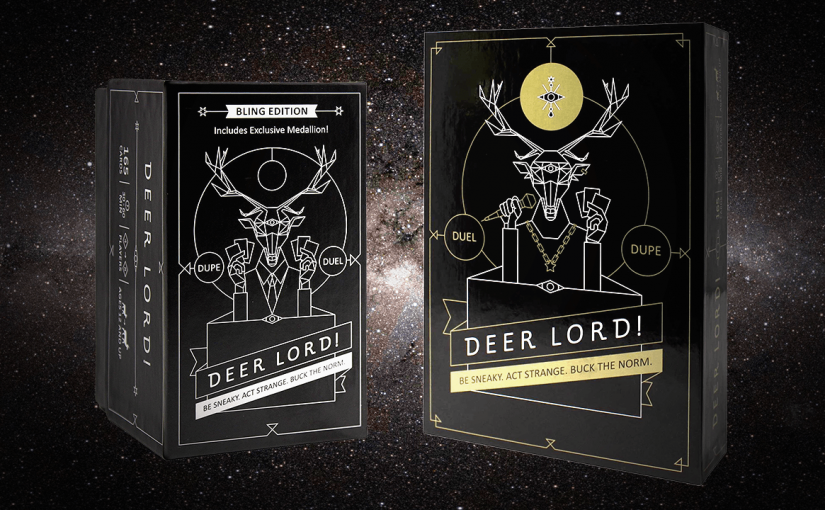 Print a PDF with all the available cards of DEER LORD. Includes the basic game and all expansions in many languages. The most complete version. You will need to work for it (but it’s so much cheaper) by printing and cutting the cards.

Available in our webshop as Basic game OR basic game + all expansions. 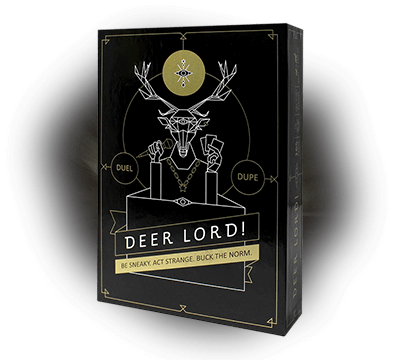 TARGET retail stores across the USA)

The Basic game contains cards that are suitable to play with everyone: friends, family, kids, frenemies,…
For Fame and For Fame expansion : Shoot for the stars with your gun held sideways! Combines 2 DEER LORD expansions into a Gangsta’ Paradise. 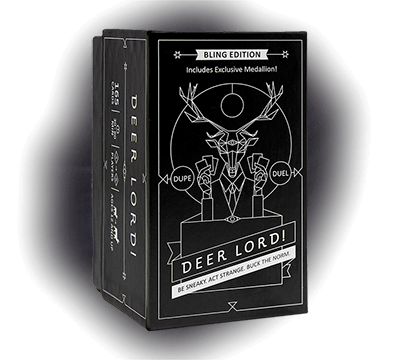 The Basic game contains cards that are suitable to play with everyone: friends, family, kids, frenemies,…
The Socially Awkward expansion : combines 2 DEER LORD expansions into an oddball wonderland.

Additionally, it includes a collectible medallion not available through other channels. Elite swankiness!