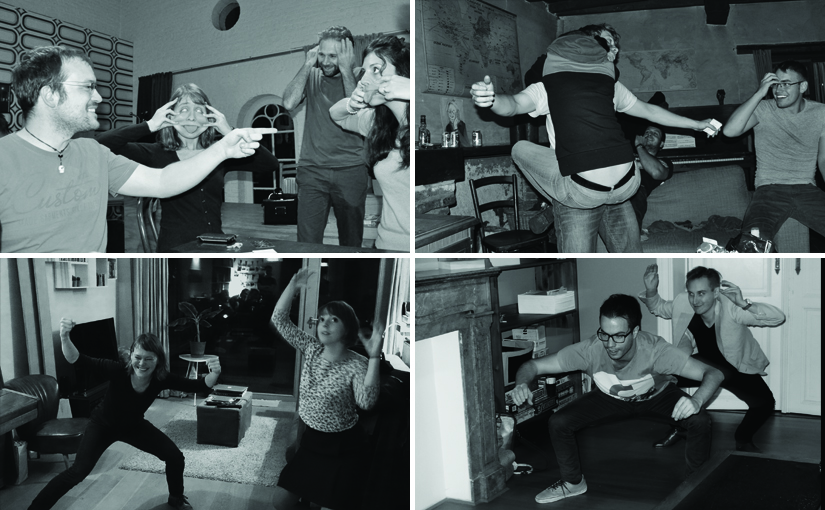 Check out how a game of DEER LORD! is played. Don’t feel like reading the game rules, you lazy generation X’er? Typical! Luckily we’ve got just the thing…

note: For greater clarity, this example does not include the rewards on the cards because we are familiar with the limited attention span and working memory of the current generation. Don’t give us that look, you know you’re guilty (we’re guilty too).

All players receive 7 random cards. The deck is placed in the middle of the table.
START!

Max is the first to play a duel and starts the game.

NOPE: During your first turn, it’s not possible to reveal a ‘do something’ card.

Max challenges Emma to a duel. 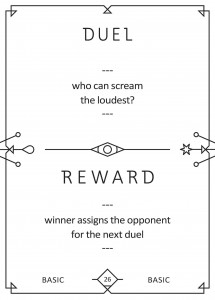 The group decides unanimously that Emma traumatized their eardrums the most. Max gives the duel card to Emma, who puts it in front of her.

Emma: ‘I am such an awesome screamer, I’m so freakin’ good at it!’

NOPE: James did not ‘do’ anthing yet.

James challenges Sophie to a duel. 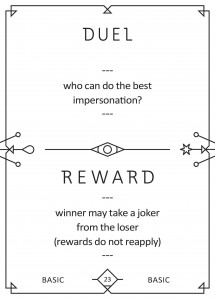 James wants both players to impersonate ‘Alpha’, the robot from ‘The Power Rangers’. The group decides against this and chooses ‘THE MEGAZORD’ instead.

The group decides Sophie wins. She gets the duel card from James and puts it face-up in front of her.

Emma: ‘I don’t really like the Power Lamers, I prefer Digimon.’

James: ‘DEER LORD!, you are not really on the phone with anybody!’

Max reveals his ‘do something’ card. 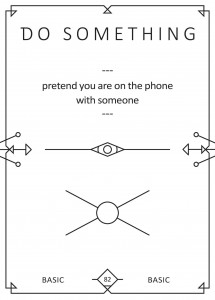 Since James’ accusation is correct, he chooses one of the cards in his hand and swaps it with a new one from the deck on the table.

Max swaps the ‘do something’ card he was busted with, drawing a new card from the deck.

Emma reveals what she ‘did’ this round and shows the group the corresponding ‘do something’ cards: 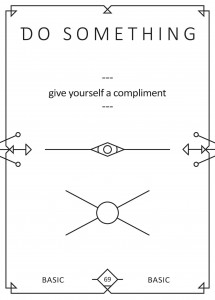 The group remembered Emma saying this. Emma puts the ‘do something’ face-up card in front of her. 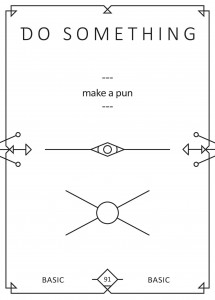 The group remembers Emma saying this, but they decide her pun was too weak to count. Emma swaps the card with a new one from the deck. 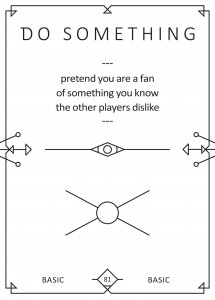 Emma: ‘ Obviously I don’t really like Digimon and guessed you guys wouldn’t either.’

Sophie: *slams her fist on the table*: ‘ Well done, I knew something was going on and I should have yelled ‘DEER LORD!’. You deserve to win this card and very onix-pected too! Now there’s a good pun, Emma.’

Emma puts the ‘do something’ card in front of her.

NOPE: Emma does not play a duel this turn.

James: ‘Nope! Not a DEER LORD! Doing it for the lulz!’

James made a false accusation. He does not have any cards in front of him on the table he could use as a joker, so he is forced to draw an extra card from the deck.

Sophie reveals what she ‘did’ this round and shows the group the corresponding ‘do something’ cards: 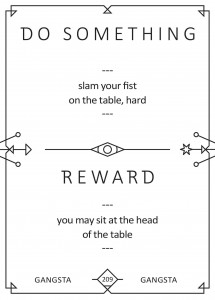 Group: None of us saw or heard that so it does not count.

Sophie switches this card with a new one from the deck.

Sophie challenges James to a duel. 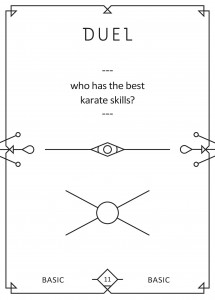 The group decides James has the best karate skills. James takes the duel card from Sophie and puts it in front of him.
KEEP GOING!
Max is up next, then James, Emma and Sophie and the game will keep going until a player is out of cards.
THE FIRST PLAYER WITH NO MORE CARDS IN THEIR HAND, WINS THE GAME

If the last card in someone’s hand is a duel card, he/she has to win that duel in order to win the game. If he/she loses, they’ll draw a new card from the deck.