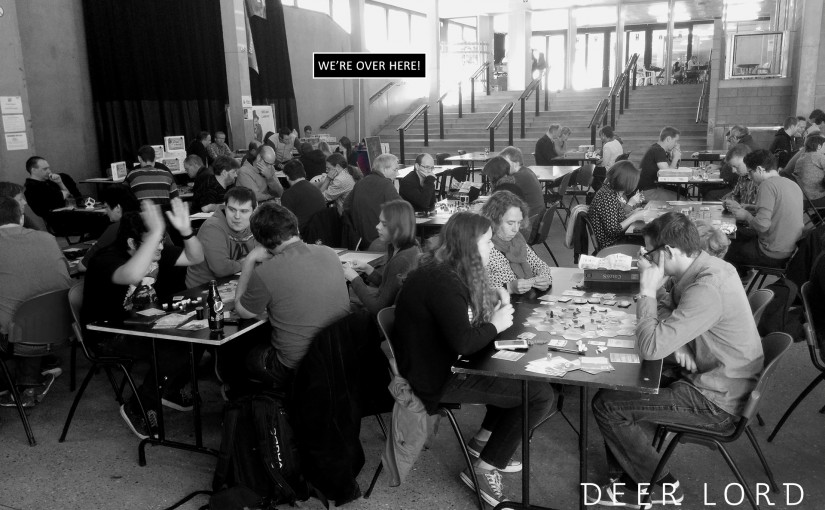 Last Sunday, 160 participants battled for the title of ‘Supreme Board Gamer’ in a tournament organized by Winning Movez.

DEER LORD! was there to cheer them on… and convince them of our awesome party game for adults. 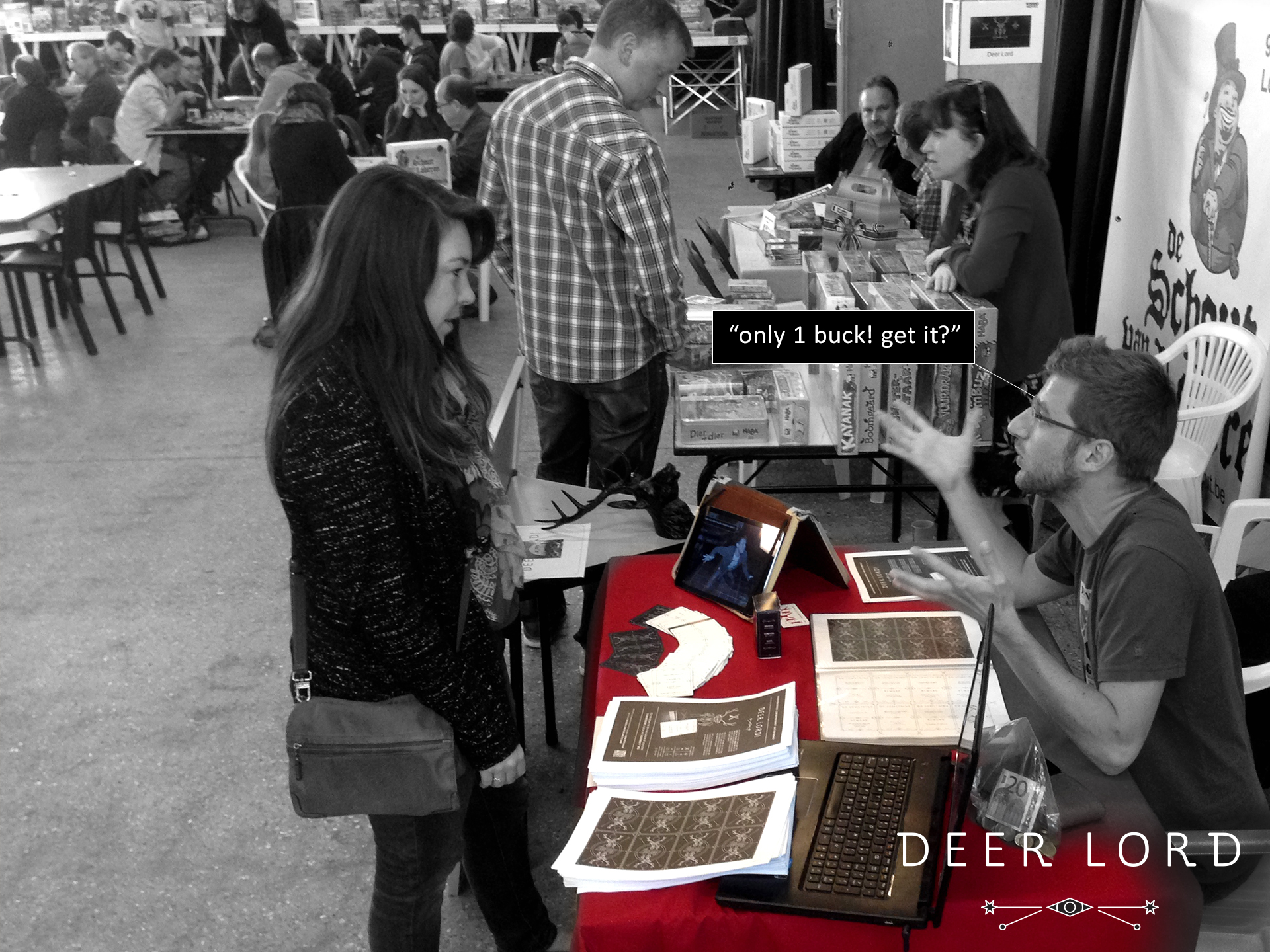 In the hopes of getting everybody excited, we printed out the DEER LORD! BASIC game on high quality paper and added a page with some general info and the abbreviated rules on back. We decided to sell them for the low low price €1, just to cover our costs.

An exciting new party game, costing next to nothing, presented by two charismatic entrepreneurs like ourselves, who could resist? But the cherry on top of this Party Game Sundae was our glorious prototype:

We also had one of our double expansions on offer: ASYLUM + GEEK, for the emotionally disturbed and socially awkward… before you ask, yes, that was a calculated move with a certain demographic in mind. 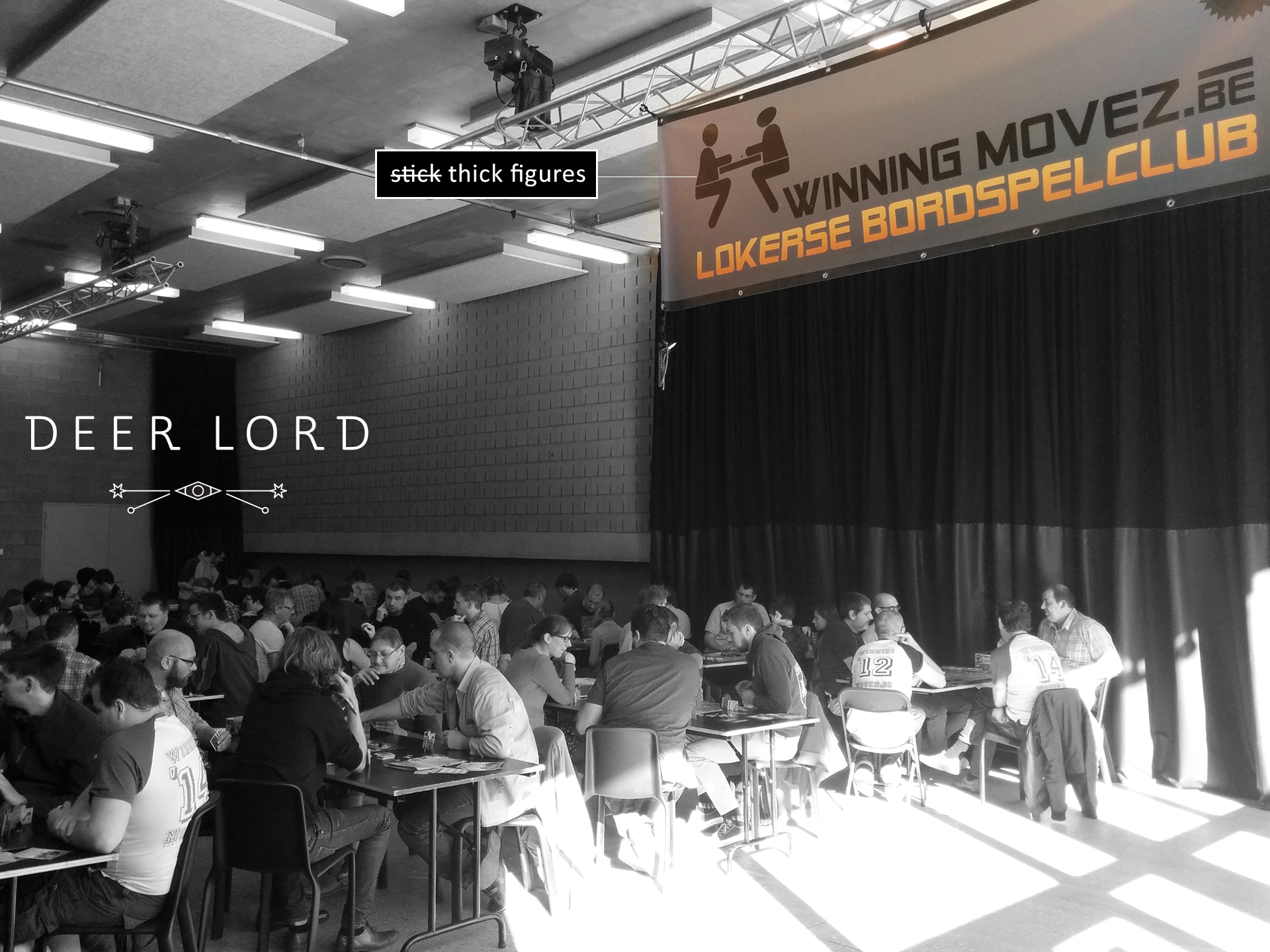 It was pretty hard to get some of those hardcore gamers as excited as us. But excuses like ‘Party games simply aren’t my thing’ aren’t going to deter us. No Sir! 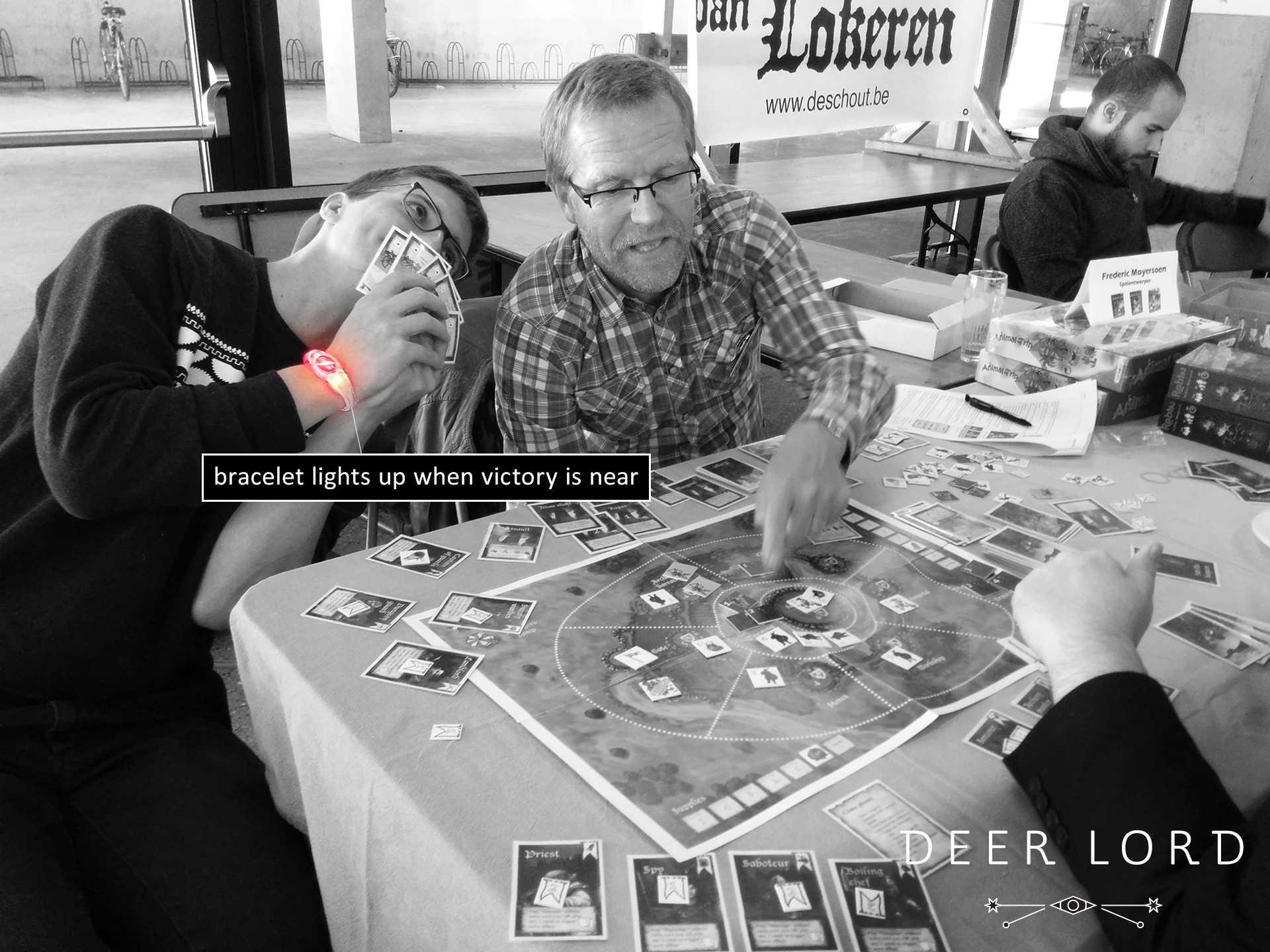 Naturally, traffic was kinda slow when the tournament was in full throttle. This gave us time to get to know Fréderic Moyersoen, best known for his board/party game ‘Saboteur‘. He asked us to join him in a game of ‘Siege’, his latest creation, a (semi-)cooperative game where players have to work together to defend the castle… or abandon their team mates and run. We didn’t need much convincing.

Our castle survived and Dries emerged as glorious victor. Dennis would have been tied, if he hadn’t made a pact with the invaders. Cowardice never pays, Dennis! When will you learn?

All in all, it was a pretty good day. We got people excited over our party game, made some new friends, gained some followers… exactly what we set out to do!

Only one question remained… 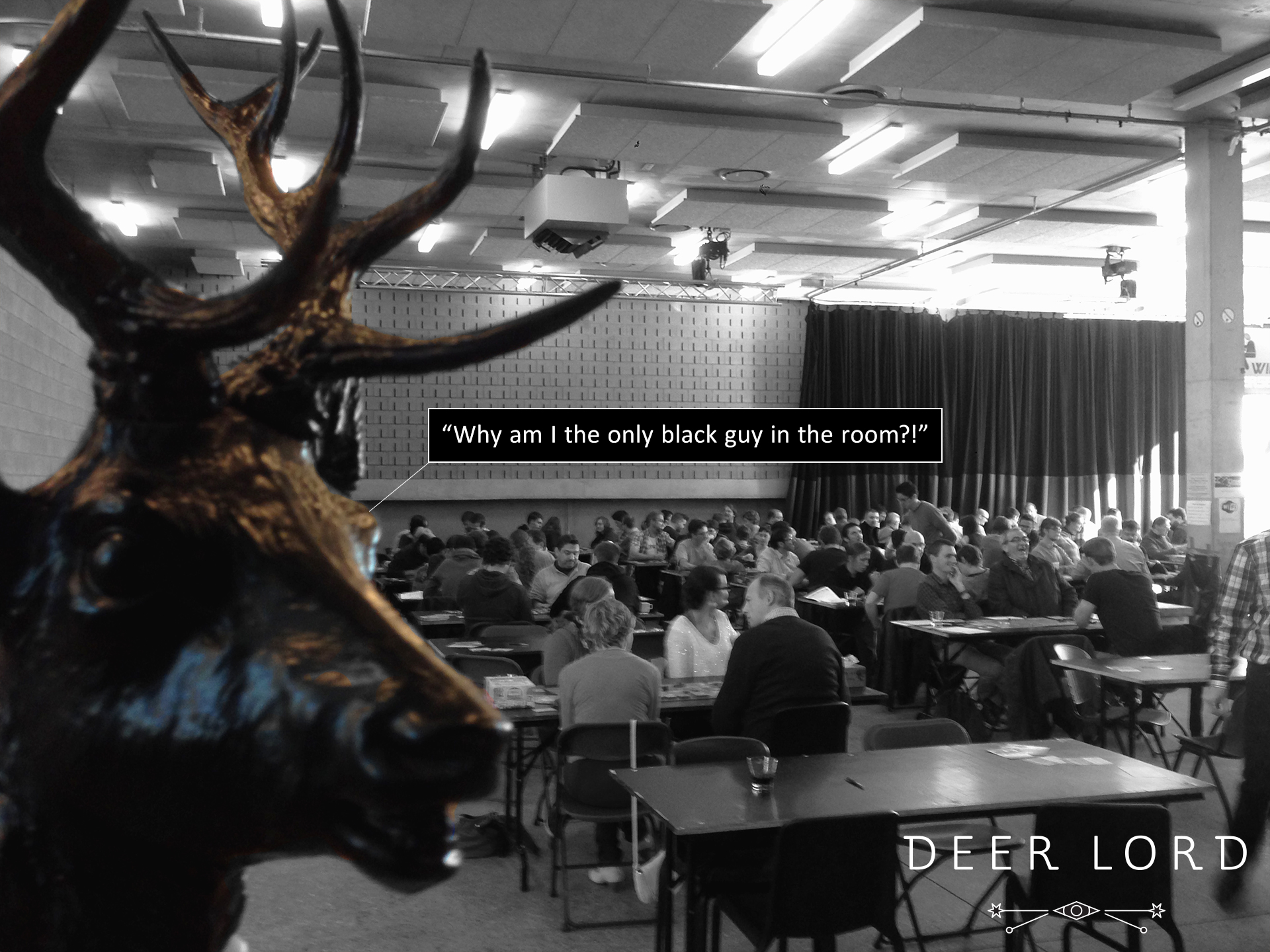