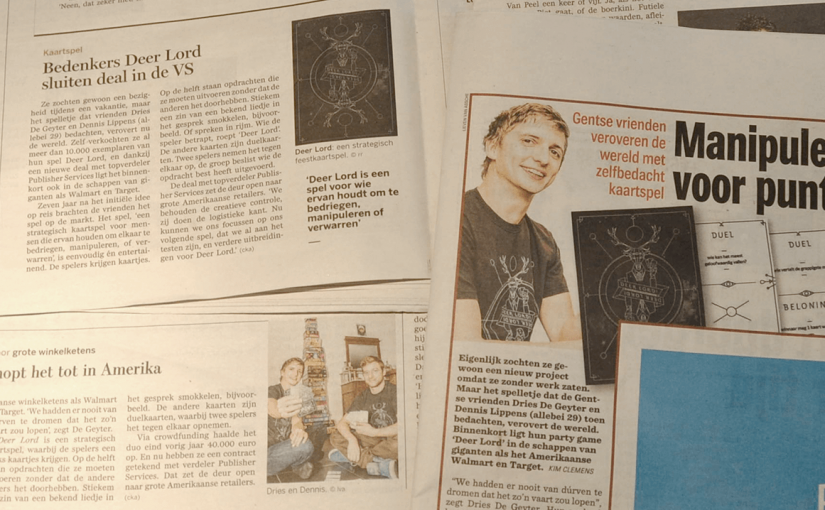 We’ve got BIG NEWS to share, so big it was covered in all the Belgian papers!

It’s a little over a year since our Kickstarter campaign ended and it has been a crazy ride so far but it’s about to get a whole lot crazier. After working our butts off, we’re incredibly excited to announce that…

…we signed a deal with Publishing Services Inc for the international distribution of DEER LORD!

A buyer from Target was so impressed with our booth at SPIEL16 that suddenly we had several big players fighting over the rights of our party game. Which felt especially awesome after being rejected by pretty much every big European player. After an exhausting week of negotiating we chose to work with PSI, who helped Codenames conquer the world ( + they got kittens too!). So, basically, the way is paved for DEER LORD to become a household party game name! 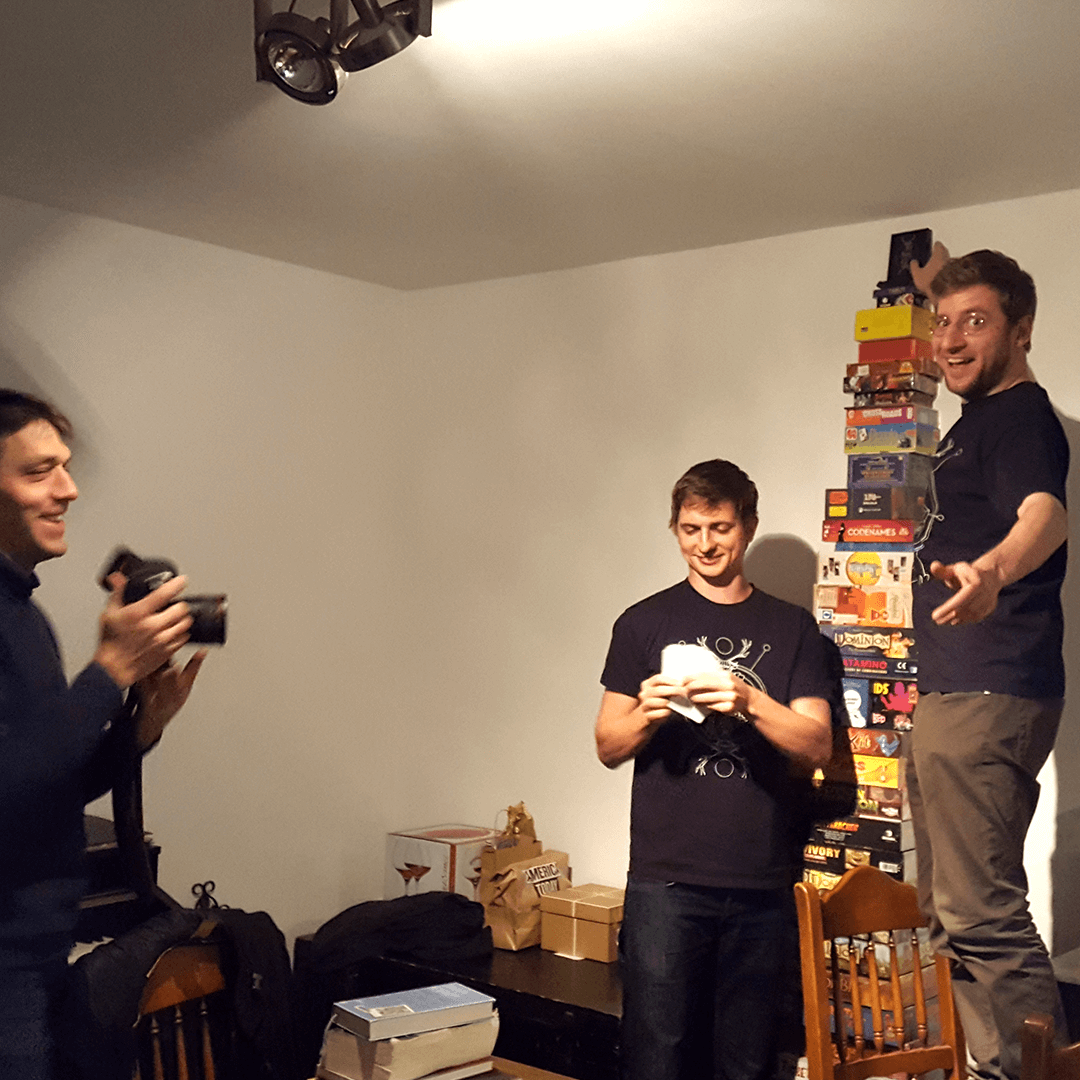 reaching for the top or Tower of Hubris that will come crashing down?

Belgian media jumped on our story in droves! We got a feature article in De Tijd (‘The Times’), got not one but two mentions in De Standaard, Het Nieuwsblad, and we even got to do a radio interview for Radio2! (heads-up: those links lead to mumbo jumbo if you don’t understand Dutch) 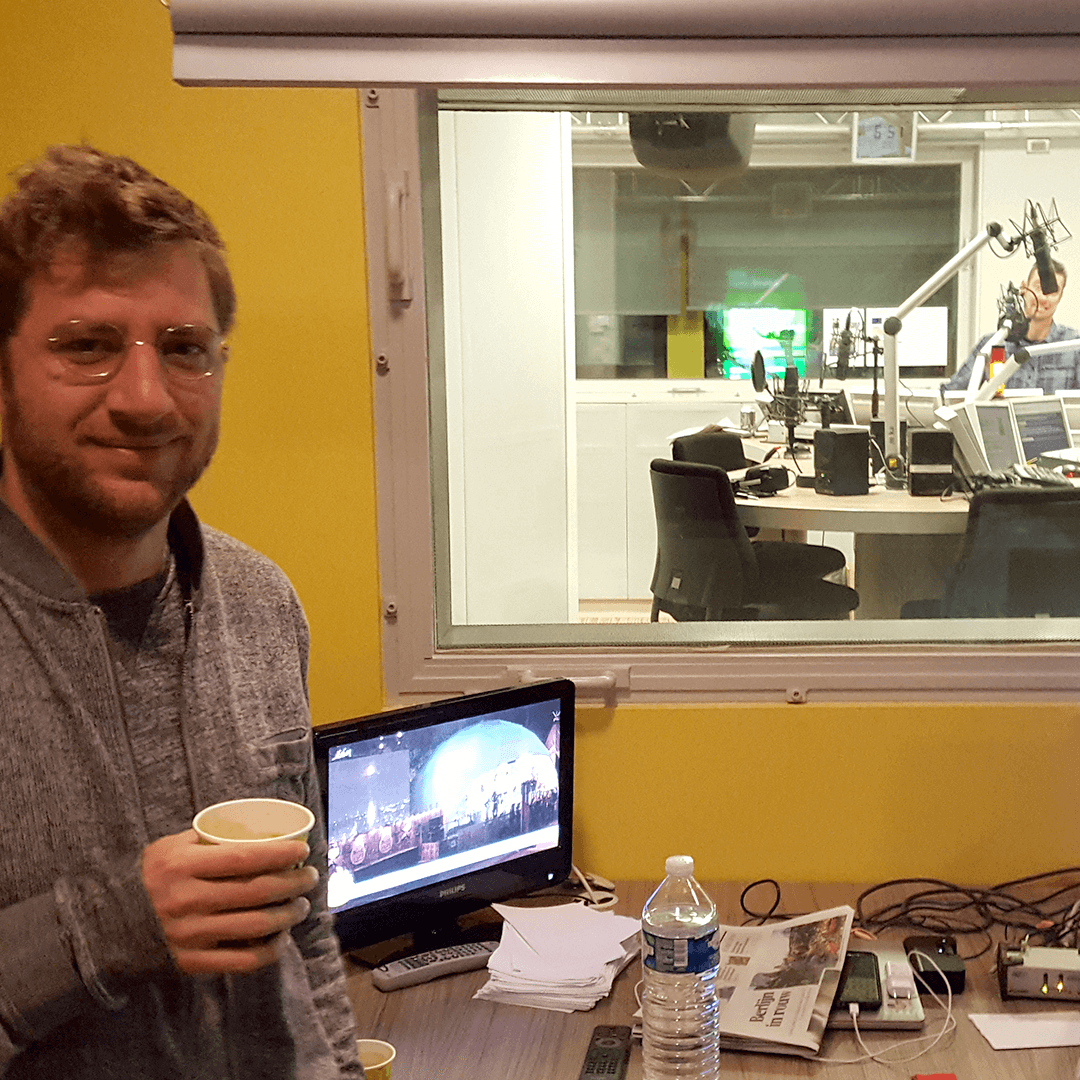 an interview that took place way early, as evidenced here 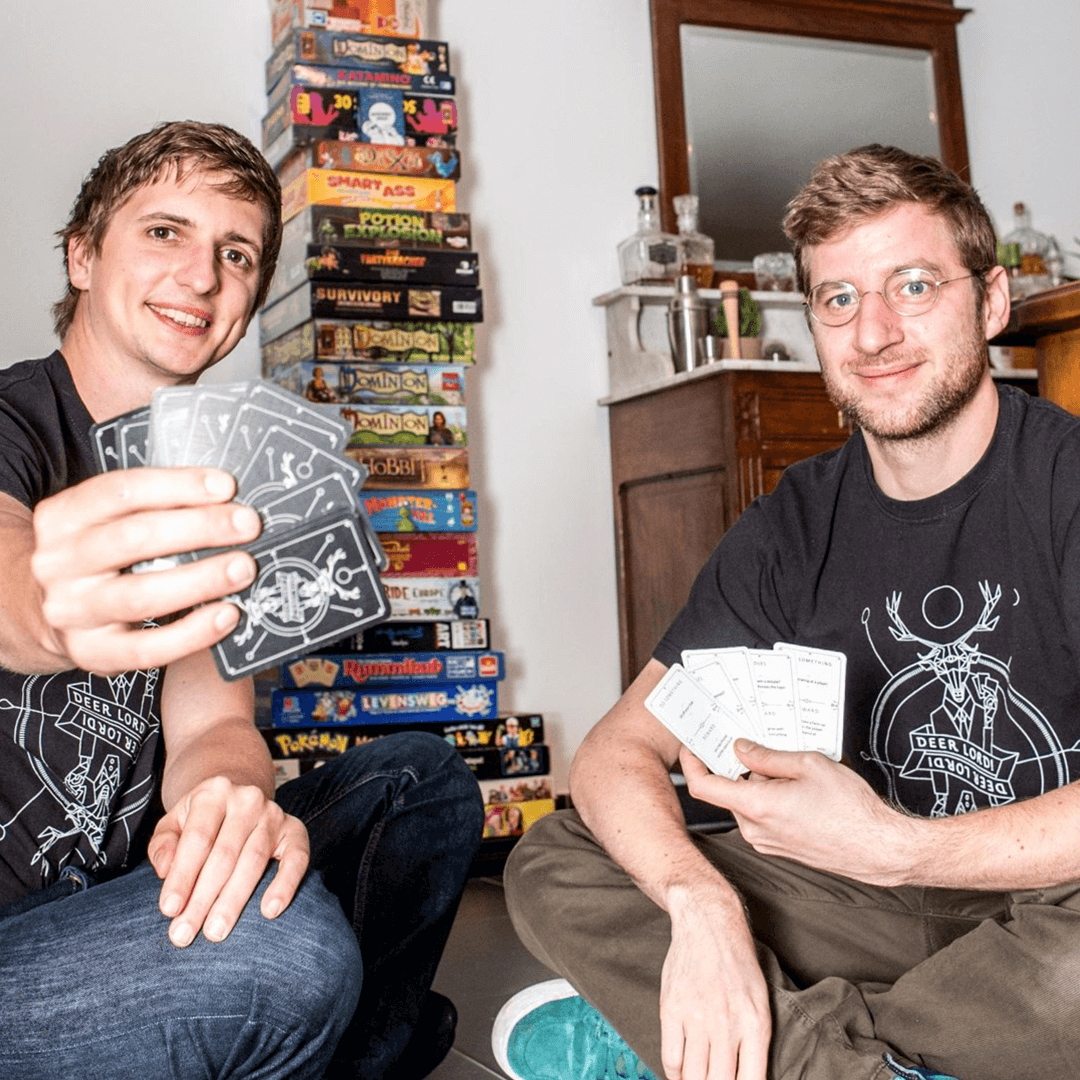 photo taken moments before we broke out in song

[UPDATE] They’re sending a camera crew to get us in the 9 o’clock news!