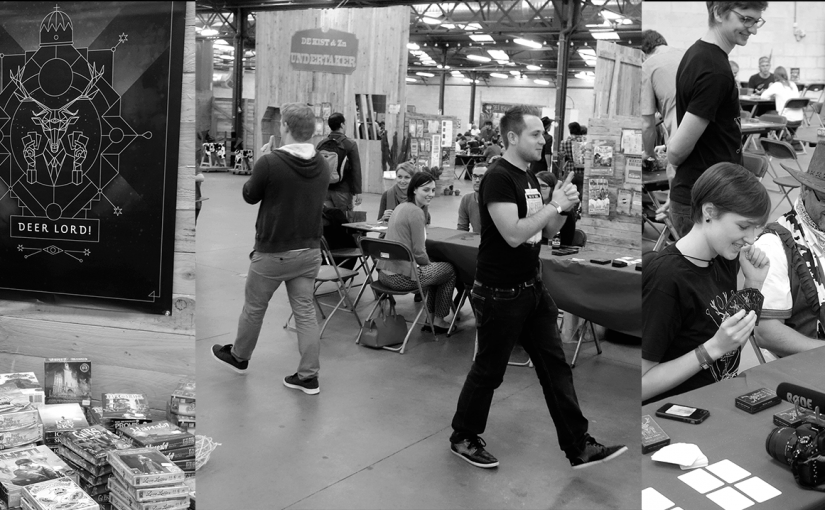 Last weekend, there was a summer games festival called Zomerspel 2016 in our home city of Ghent, so naturally we had to be there to add some party game shenanigans to the mix! 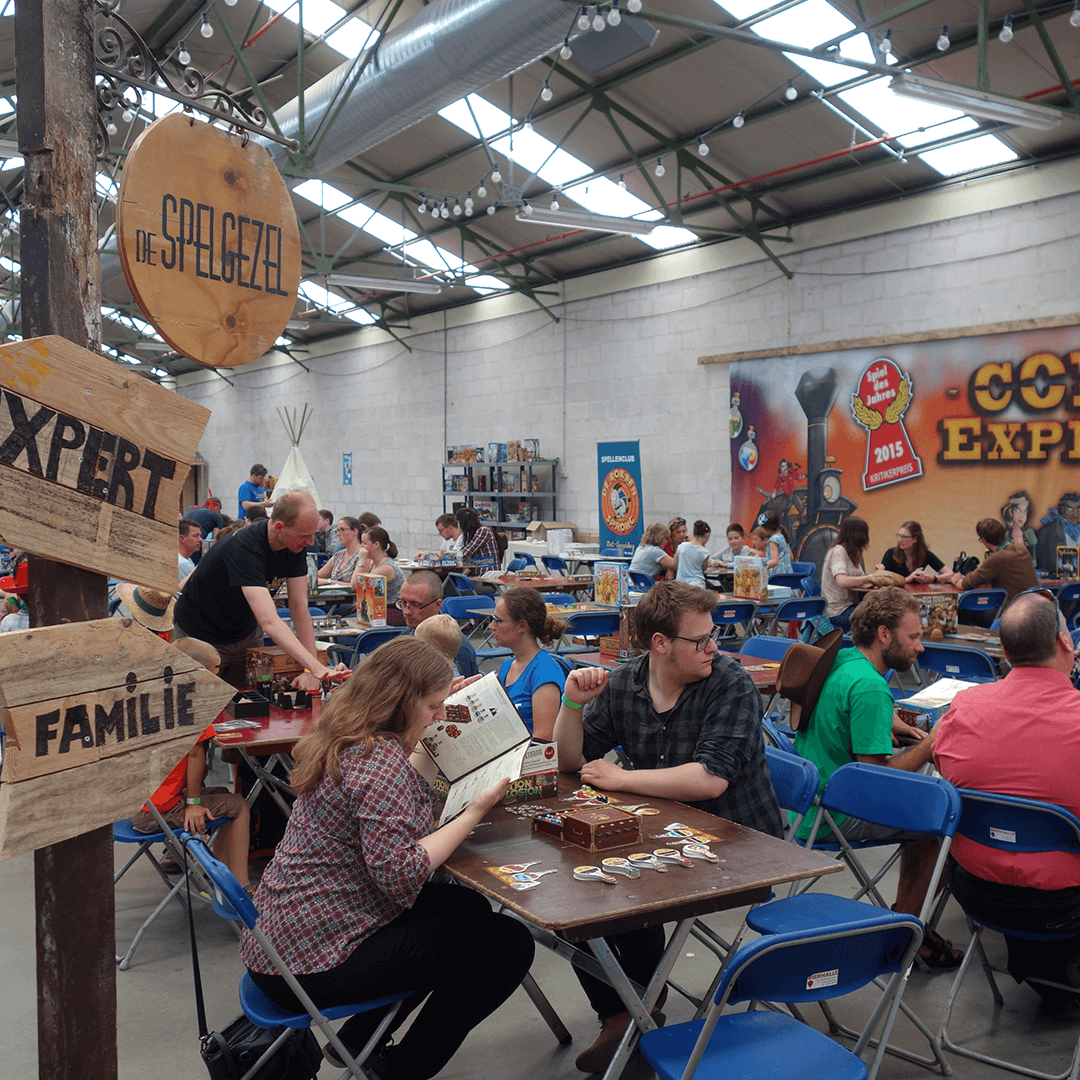 This year’s theme was ‘cowboys & indians’ so it should come as no suprise that Colt Express was plastered on the wall. 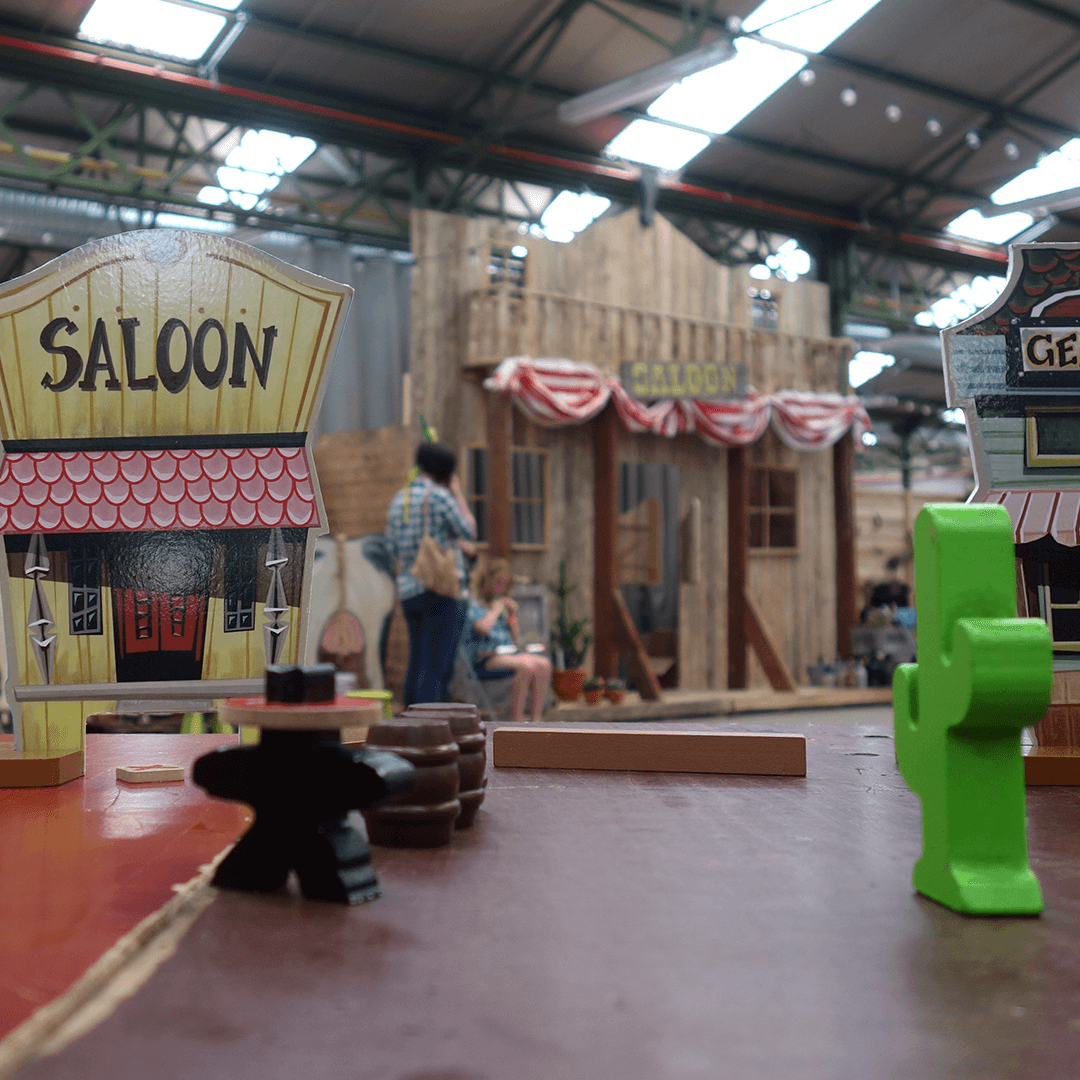 The organisers really went all-out, building a Far West Main Street USA where kids could milk cows, toss lassos, and end up in jail if they misbehaved. 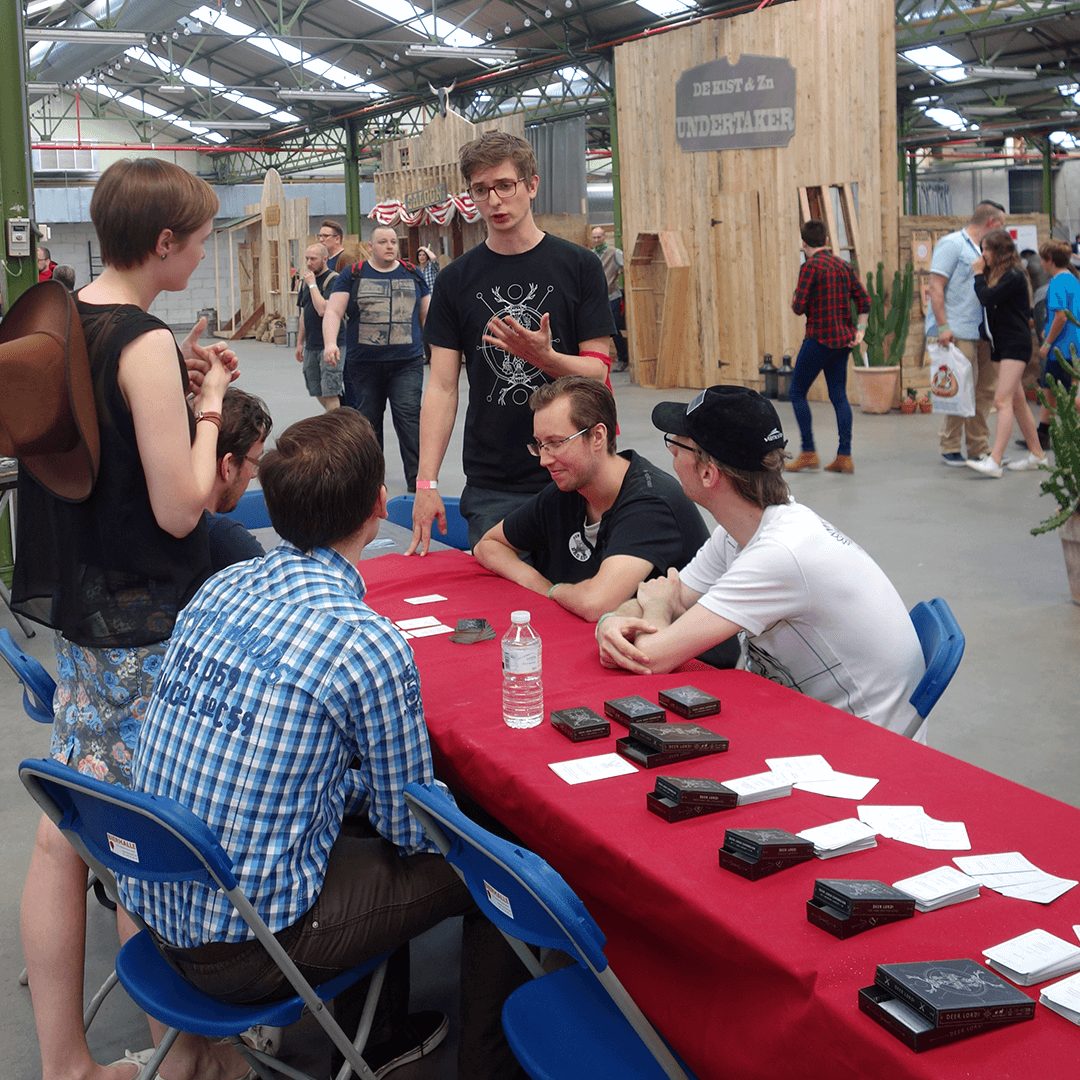 That’s where we were, between the undertaker and ye olde general shoppe. Dennis enthusiastically explaining the rules as if it wasn’t the 67th time he did that this weekend. 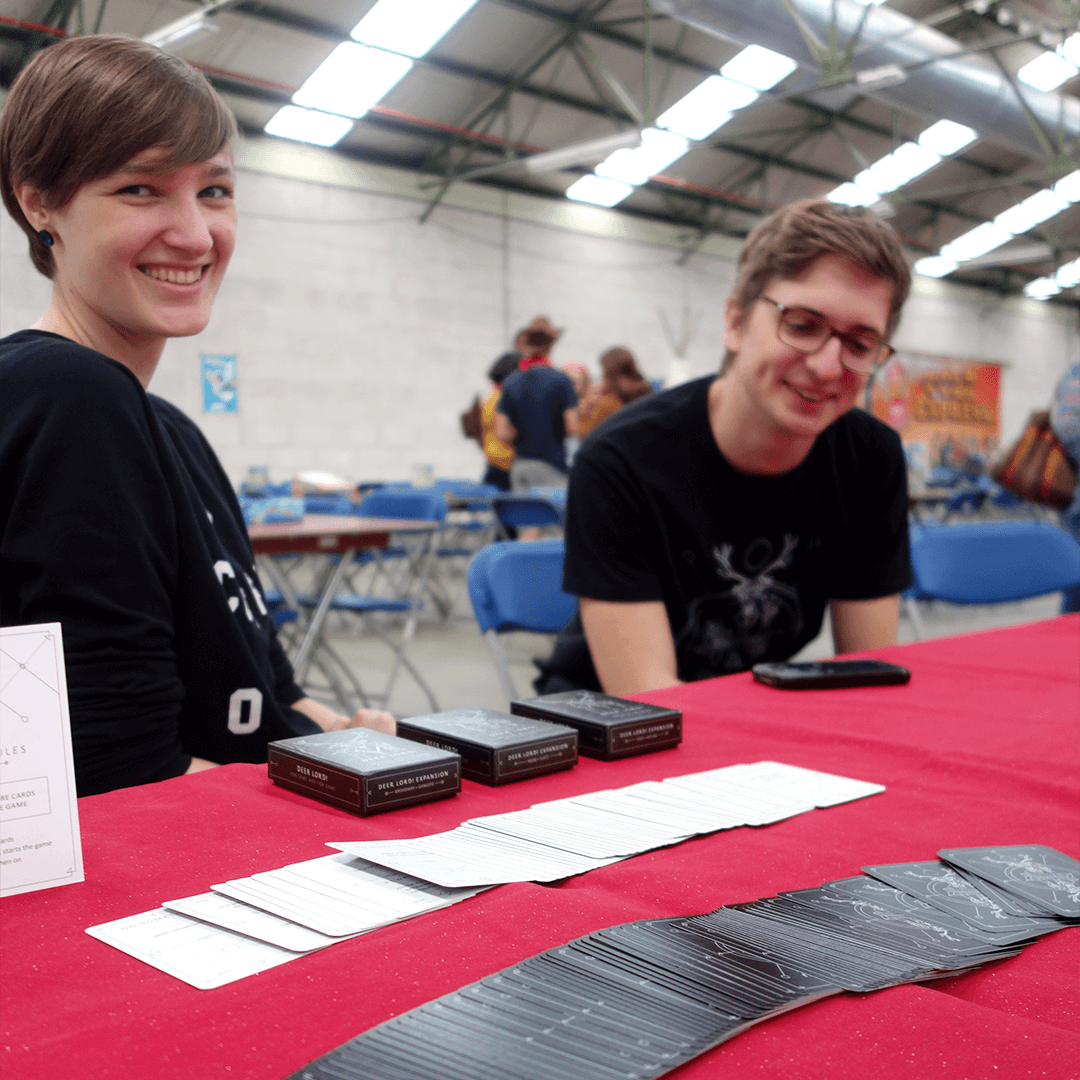 Meet Marie the Marvelous, helping us out with her contagious enthusiasm and winning smile. 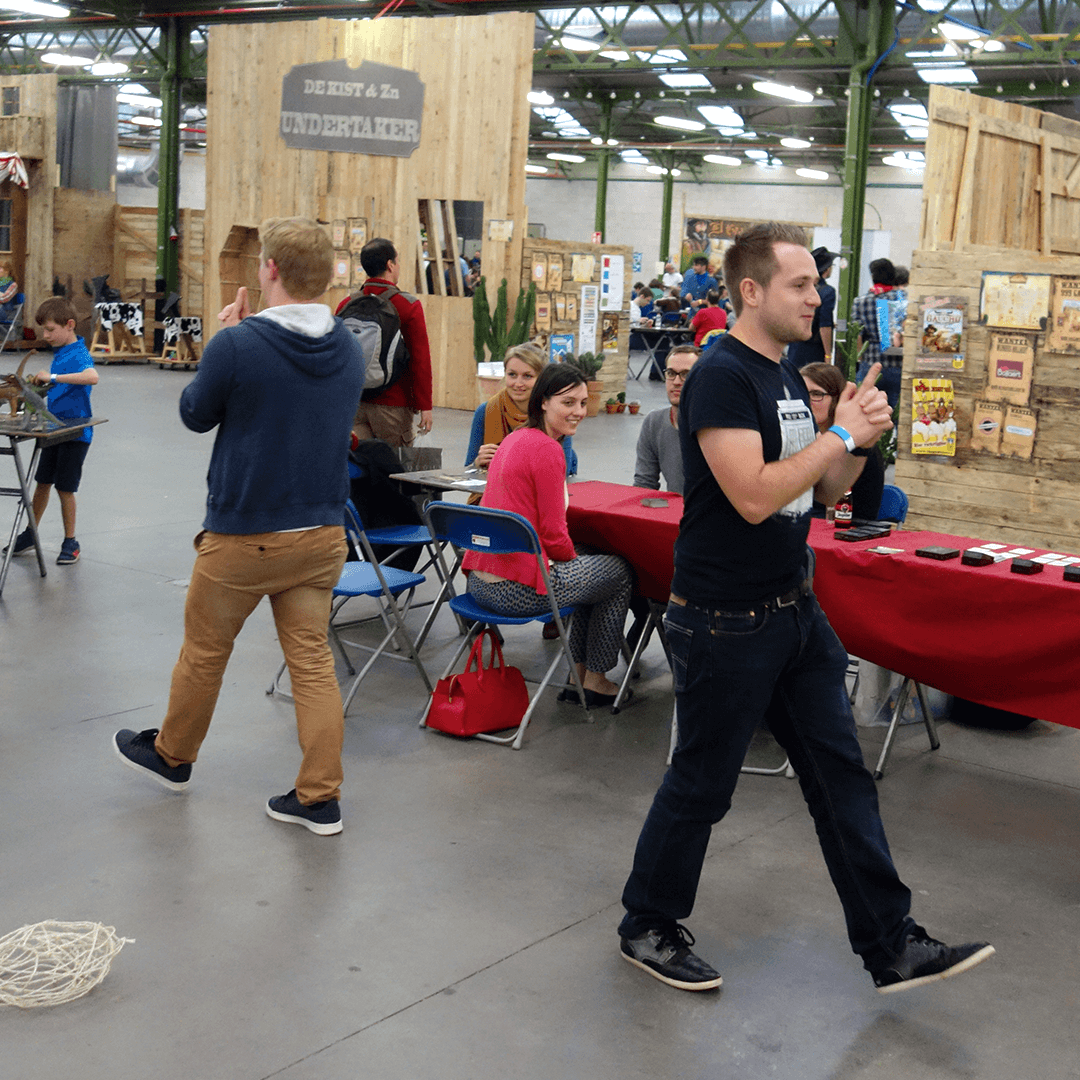 ‘DUEL: who can win a cowboy gunfight?’
I mean, how perfectly suitable is the setting? Very to extremely, exactly! Shout out to the little tumbleweed in the corner! 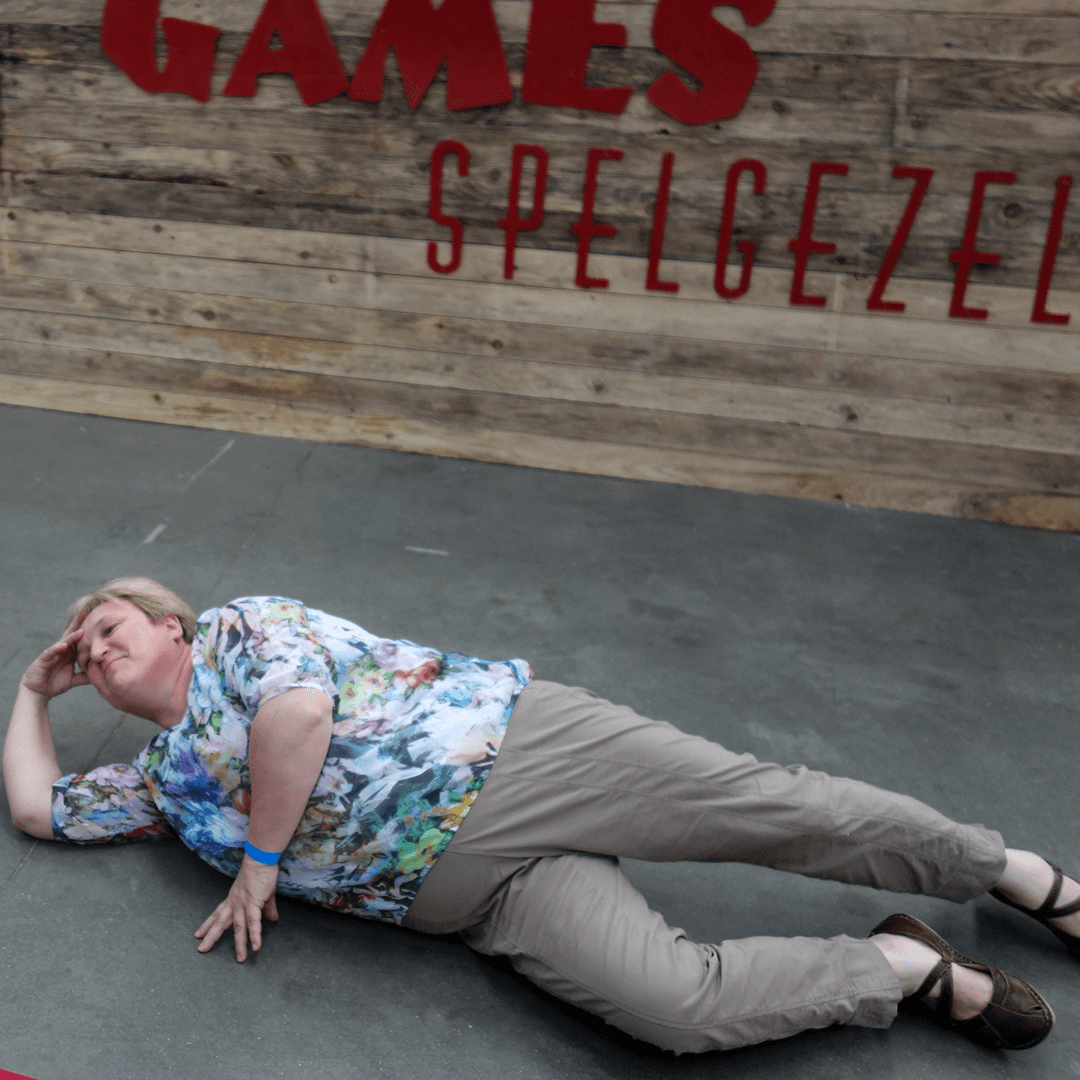 ‘DUEL: who can do the best imitation of a famous landmark?’
Whaddayathink, any idea what this lovely lady was going for? 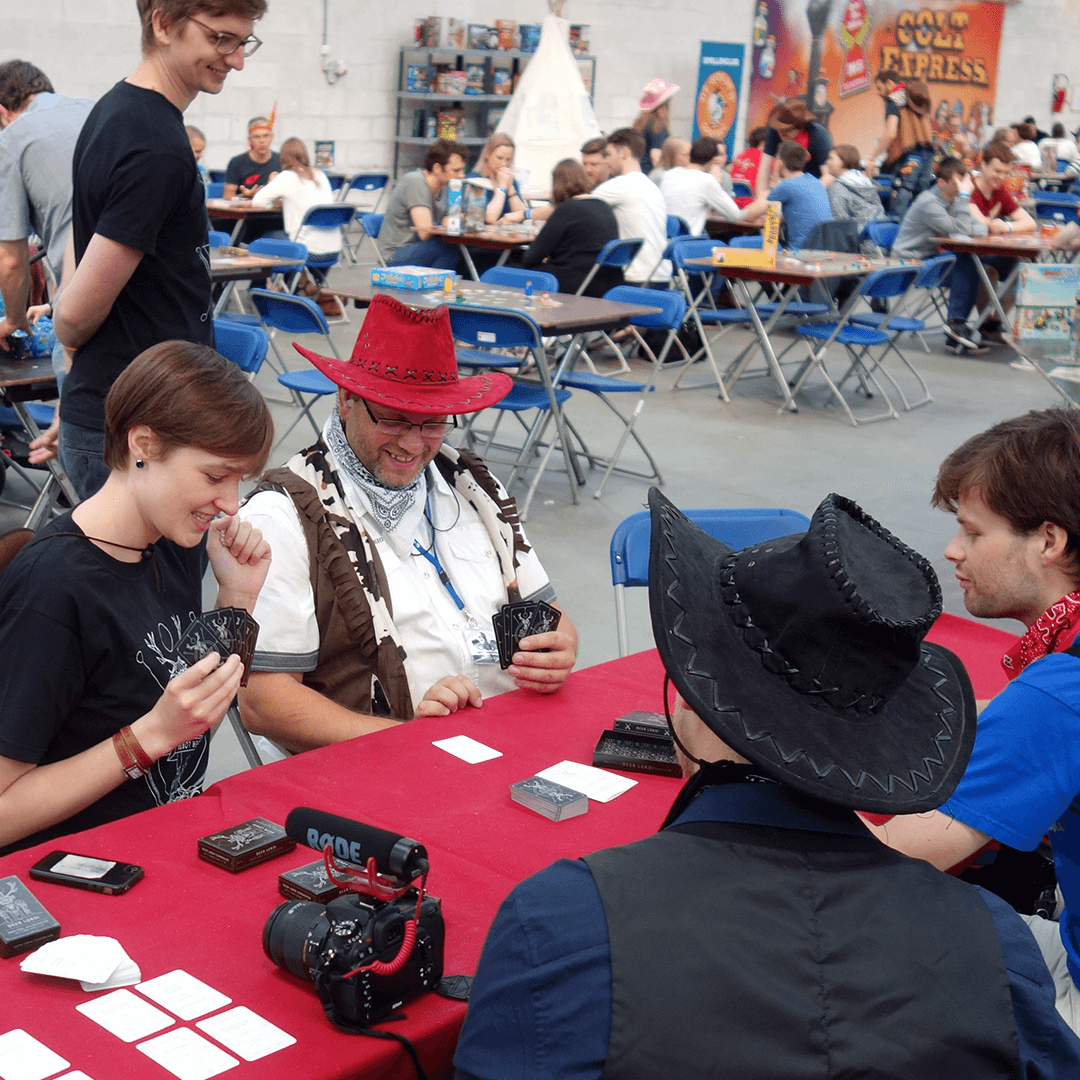 These three cowboys needed an extra player, so the Marie the Magnificent stepped up to the plate (and knocked them all dead) 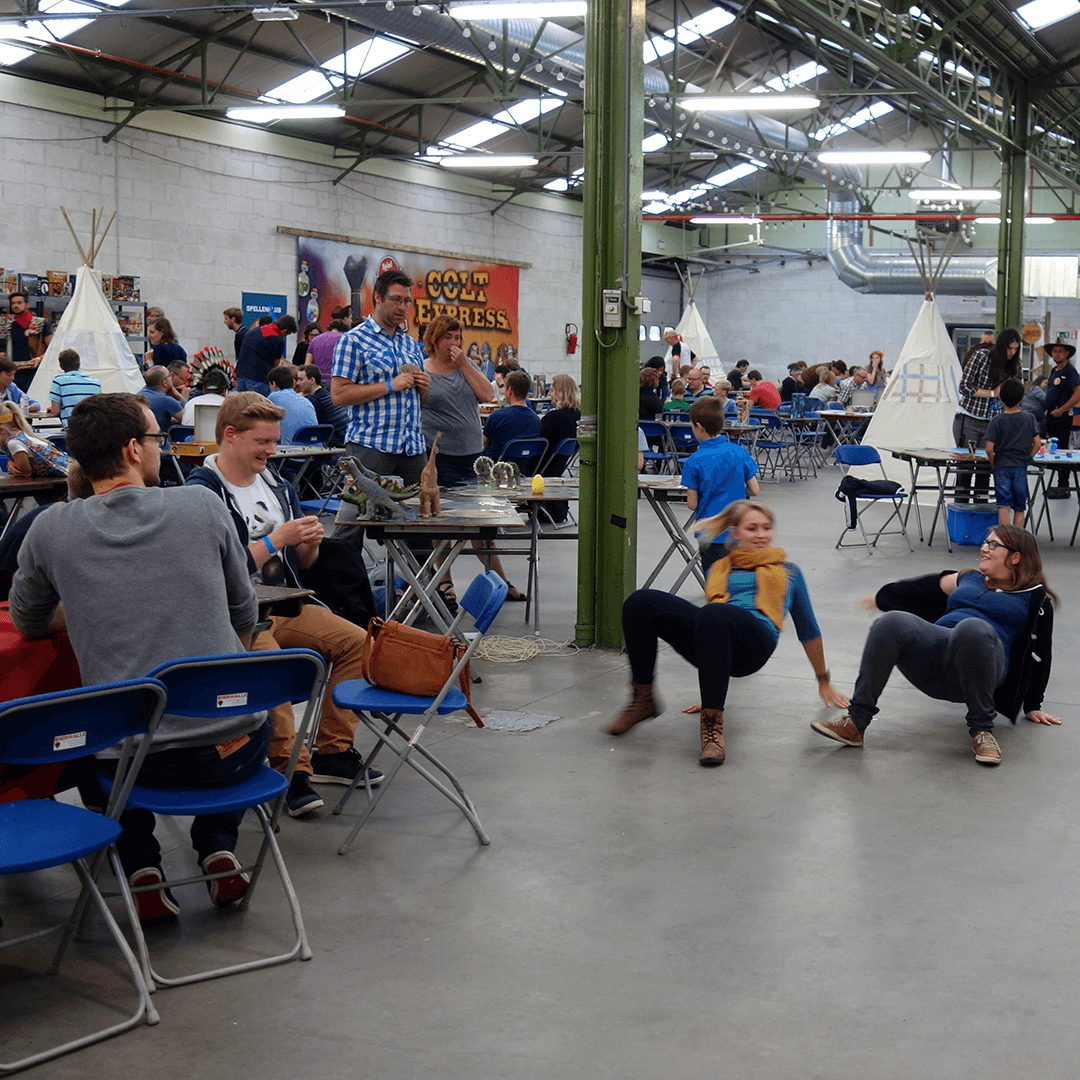 ‘DUEL: who can do the best crabwalk?’
Now you surimi, now you don’t 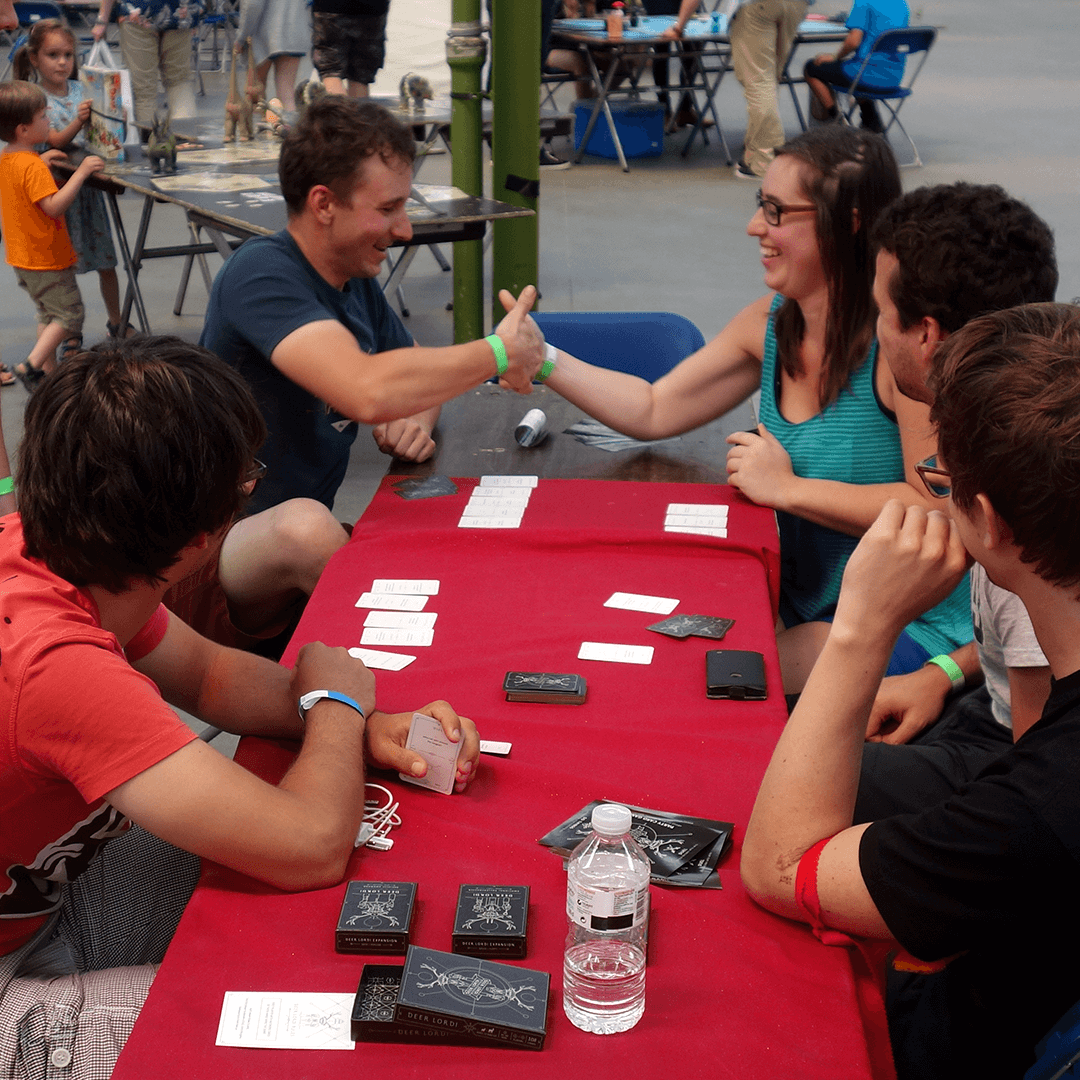 ‘DUEL: who can win a thumb war?’
…took about 15 minutes to settle this one! Did they both have exceptionally strong and agile thumbs… or were they equally weak? I guess we’ll never know. 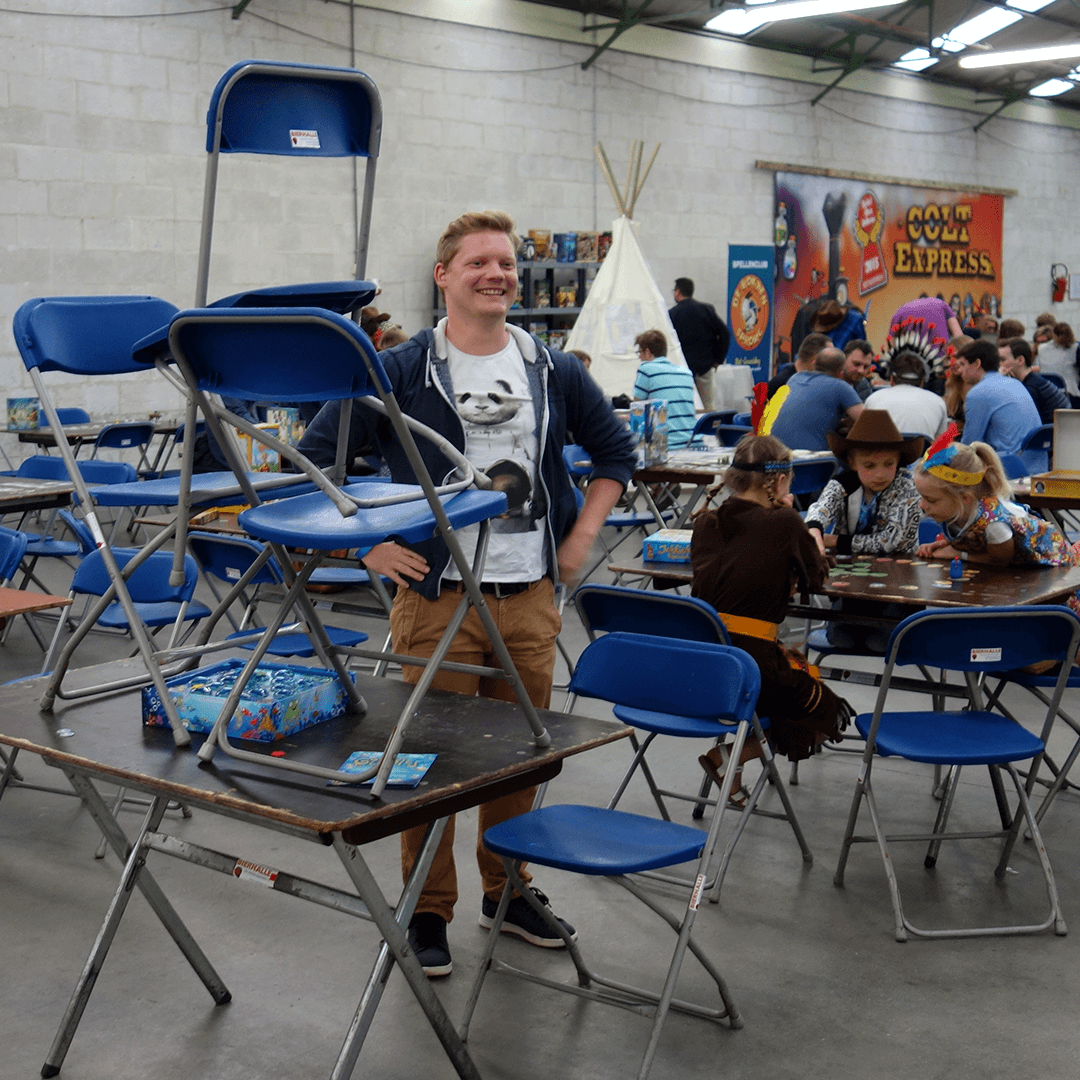 ‘DUEL: who can build the highest tower?’
Just look at how proud he is. You deserve the win, Panda Guy. 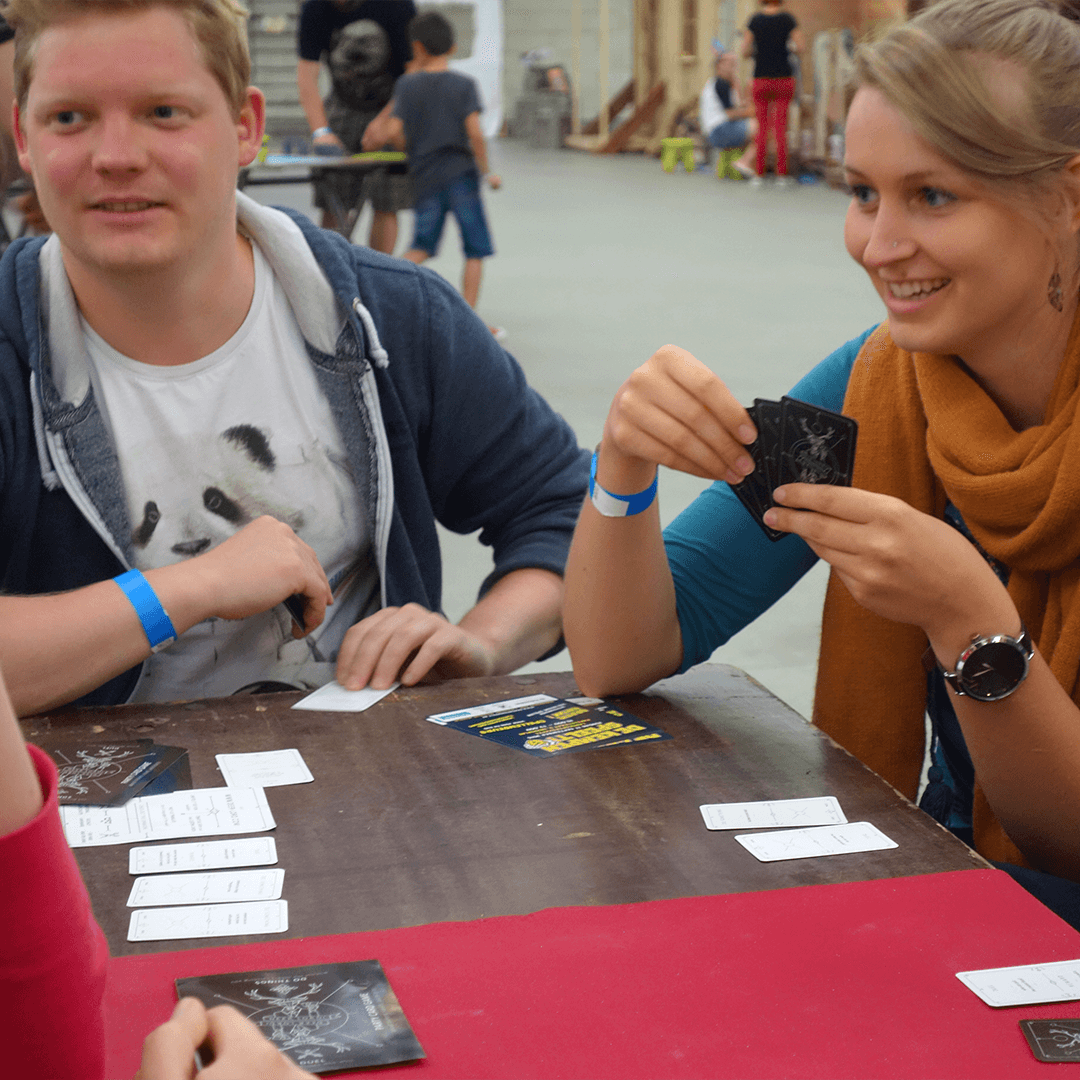 aaaand here you can see Panda Guy’s mood shifting as Scarfy McMustard is going in for the kill. 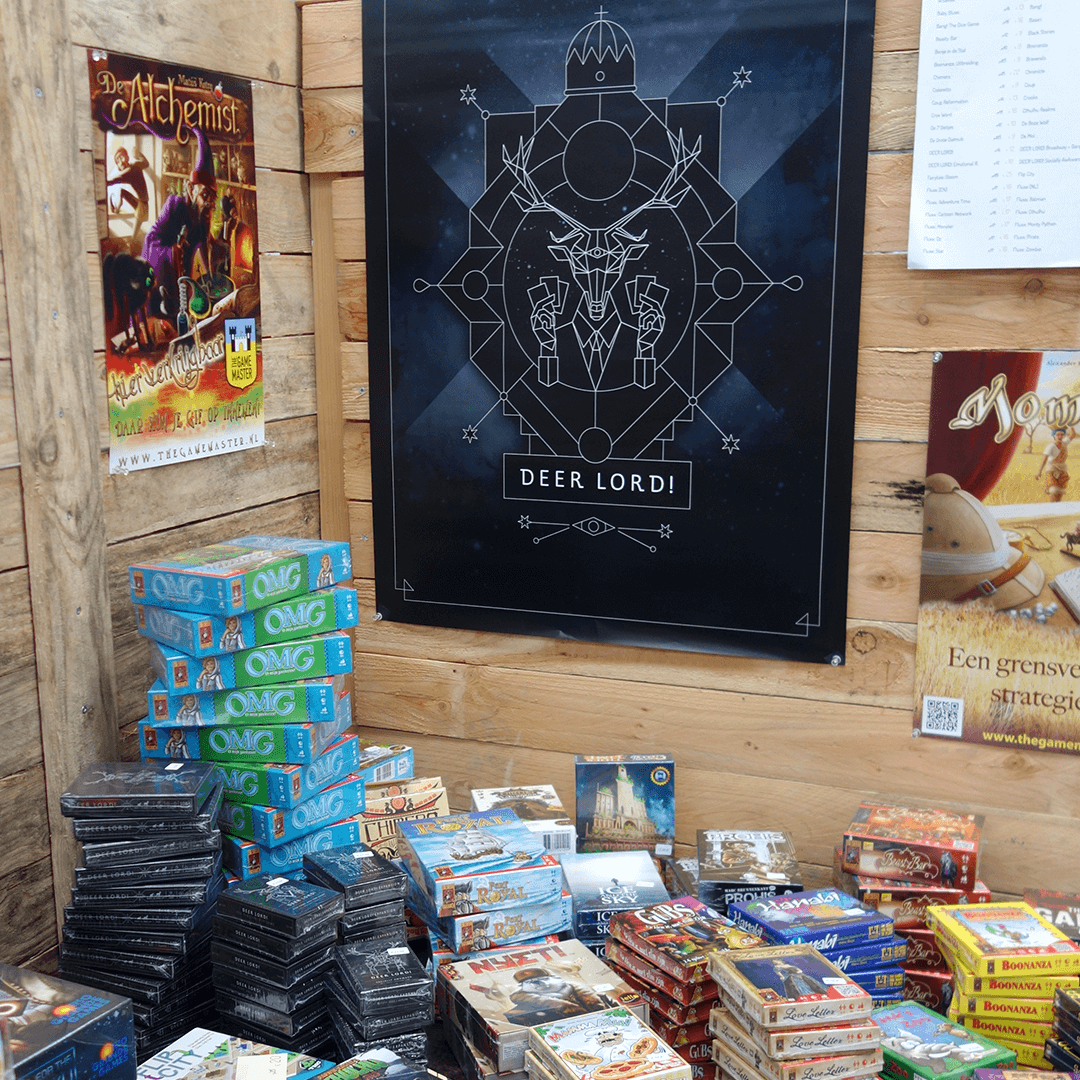 Of course, the wole point was getting people excited about DEER LORD! Mission accomplished, we’d say, because our pile was depleted by the end of the festival.