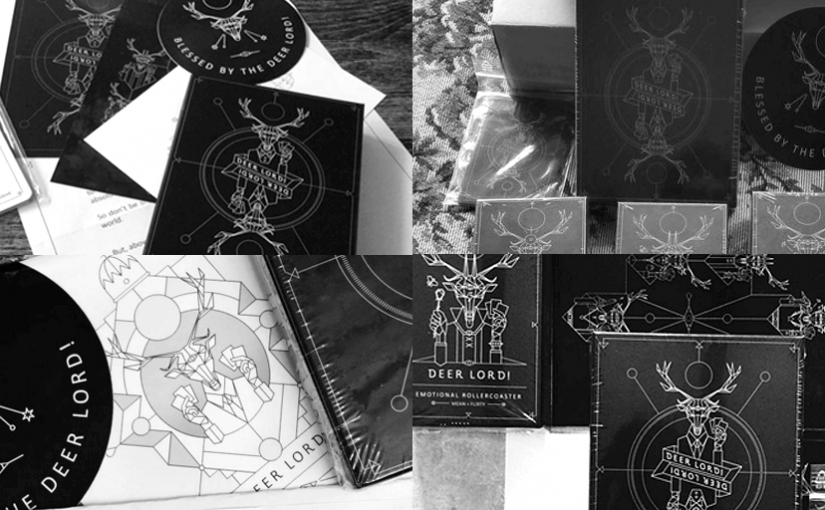 Our Kickstarter backers are receiving their games as DEER LORD is showering upon the world like manna from heaven! We suggested they take some pictures of their long-awaited reward, and we’re so touched by the response. Here are some of our favorite people online. If you’re looking for someone to follow on instagram or twitter, we recommend these wonderful folk with all our heart.


Definitely not meant as a full list, and in no particular order.

The design on the @DeerLordTheGame deck is beautiful. And the game was insanely fun. pic.twitter.com/FHz0WEhUmn

Hey @DeerLordTheGame, guess who can cram 1.25 bananas in his mouth at once. This guy. Crushed it. pic.twitter.com/8A9r0Newv2

blessed by the deer lord! #deerlord #cardgame #bgg #tabletop Haven’t had a chance to play yet but everything is of exceptional quality. Can’t wait to break this game in over the weekend

Looking forward to trying out this new game that I backed on Kickstarter. #deerlord #tabletop #cardgame #nerd #kickstarter #belgium

Just got my copy of #deerlord! Excited to play! Thanks for making a beautiful product!

Thank you for sending me this incredible game! @d33rlord

this came in the mail yesterday: “deer lord” ,the card game that will explode and rule the board/card game world, mark my words #deerlord 🔦🐃

Got my copy of #deerlord in the mail! #partygame #kickstarter #crowdfunding #cardgame

@DeerLordTheGame finally got mine! Been fawning over it since it got here! Bit doe eyed, but it warms my hart! pic.twitter.com/9U8uGbjoEL

The wait is over. I’ve been blessed by the #deerlord #excited Thanks Dries en Dennis! @d33rlord

Deer lord, …bless me for I have sinned. Picked up my copy of the kickstarted game DEER LORD! today. It looks amazing! #deerlord #expansion #sociallyawkward #kickstarter #goodies

@DeerLordTheGame Package received – thanks a lot for your hard work! Can’t wait to play :)! pic.twitter.com/agmzOfO37P

Monday off to a great start, my #kickstarter version of Deer Lord! arrived. #deerlord

Can’t wait to try this out this summer, maybe before if possible. Until we can check how fun it is, we can say it is at least aesthetically pleasing, so that’s already that! 😉 lol Thank you @d33rlord ! Here’s us wishing you even more success. #DeerLordTheGame

Few days off work and look what I come back to! @DeerLordTheGame pic.twitter.com/qQkteYKfQQ

You are all Blessed!

(and don’t be upset if we didn’t include you – we must have forgot – it’s not like we’re holding onto any grudges or anything – unless you’re the one who shot Bambi’s mom – screw that guy – drop us a line if you want us to add you to the list!)